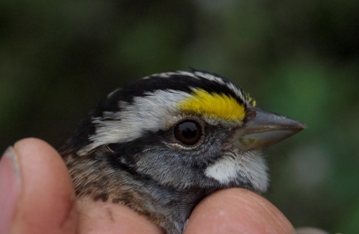 This week started much like last week, with little diversity and few birds banded, as only 4 birds banded and 5 recaptured in the first three days of the week put together. Unsettled weather moved in on the 20th, and migration was once again easier to monitor. By the 23rd we had banded 200 more birds and recaptured 40.

A few interesting captures came later in the week. The station’s first Lazuli Bunting and third Dusky Flycatcher were both caught on May 23rd. The first White-throated Sparrow this spring was banded on May 20th and four Parasitic Jaegers were seen chasing Caspian Terns on the same day.

A Brewer’s Sparrow was discovered next to the Vancouver Airport on May 21st and up to a hundred Pectoral Sandpipers were present in the Sewage Lagoons for most of the week. Finally, the second breeding record for Caspian Terns in British Columbia was confirmed not far from Iona, on May 21st. Several eggs have been spotted, although it seems as though most of the parents are having little success with protecting them.

There was a little more waterfowl diversity this past week. Canada Goose numbers were on the increase, with flocks moving past fairly regularly on a daily basis. These birds are likely molt migrants of non-reproductive birds from populations further south, that will migrate to areas in the arctic to undergo their prebasic molt.and Both Blue-winged and Cinnamon Teal were also seen in small numbers throughout the week. Redheads that had been present, disappeared from the sewage treatment plant early in the week, a female Canvasback was present in a small flock of Lesser Scaup on the settling ponds from the 20th to the 23rd. 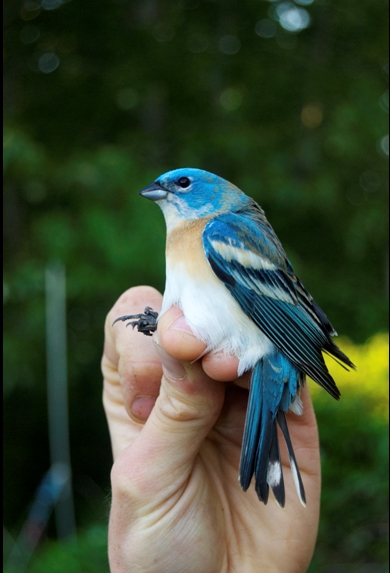 Ospreys were present on a daily basis and are likely back on their nest in the Fraser River, and Wilson’s Phalaropes showed up in the sewage lagoons on May 22nd. Black Swifts appeared for the first time this year on the 22nd and over 80 individuals were counted on the morning of the 23rd. The first Common Nighthawk of the year was also seen circling the parking lot before dawn on May 23rd.

Flycatchers have increased late in the week with Western Wood-Pewees, Willow Flycatchers and a Western Kingbird first showing up on May 20th. Bank Swallows moved in, in large numbers on the 23rd with 15 birds counted, ten of which seen on one of the point counts.

MacGillivray’s Warblers increased in numbers near the end of the week with four to five being counted on the 20th, 22nd and 23rd. Yellow Warblers have also steadily increased through the week with a season high of 47 counted on May 20th. Western Tanagers first appeared on May 20th when two were banded. Black-headed Grosbeaks were spotted for the first time this spring on the same day and the second banded at the station was captured on May 23rd. 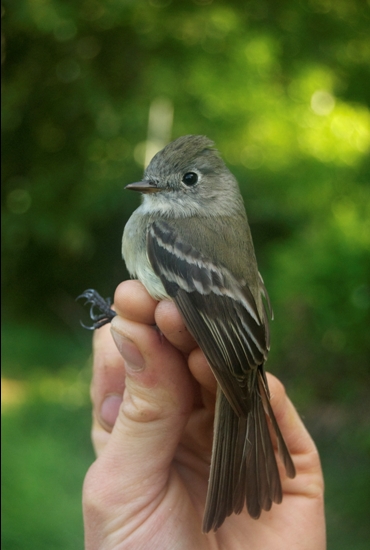